This whole mess was started by Bala Saheb Thakarey a few decades ago and this political minion called Raj Thackery is trying to re-ignite the old hatred against non-Maharashtrians. This happens when unjust, misguided political issues are not suppressed with brute legal force. 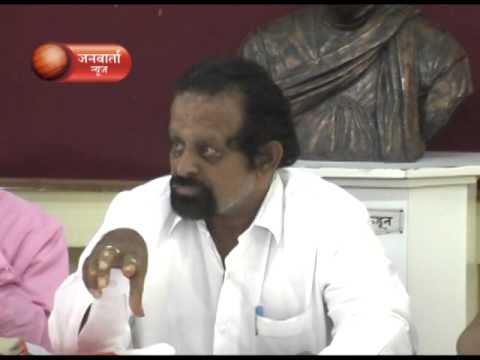 Many years ago immediately after the independence Sardar Vallabhai Patel consolidated various wayward states and helped build a unified India. Ever since then every Indian is free to go anywhere for the purpose of living and occupation and it is one of the fundamental rights given by our constitution. I read on the Internet that the entire Mumbai film industry was wallowing in financial doldrums and it was only Amitabh Bachchan who gave hits after hits and secured the jobs of so many technicians and other workers belonging to Maharastra. What has Raj Thackeray done for Maharastra except for instigating people to commit violence and destruction?

His political career in Shiv Sena took a nosedive when he allegedly got involved in a political murder. So what has he done for the betterment of Maharashtra in general and Mumbai in particular? Whatever Mumbai is today it owes everything to people from all the states. Actually, migration happens everywhere. People move from city to city, state to state, and even country to country to seek better prospects.

He says that the states from where the migrants are coming should develop enough so that the migration is reduced. Whereas it is true that Uttar Pradesh and Bihar must develop, migration to other cities and states is a natural phenomena. There are certain commercial activities that only happen in Mumbai. For instance, if a person wants to work in movies, he or she will have to go to Mumbai because the film industry is there.

All major companies have set up their offices in Mumbai and when they hire people from other states those people have to come to Mumbai. So it has got nothing to do with just development; there are many other factors involved. Rather he should be allowed to become obscure. Violence, of course should be controlled but it should be tackled as a law and order problem and not a political problem.

Calling it a political problem will needlessly make the issue important. Personally I would suggest that the people being targeted should get together and put up a joint front. Running and cowering will get them nowhere and it will only embolden the goons. Instead they should fight back. This will not result in more violence; the threat of retaliation often maintains peace.

Communities are only targeted when they seem vulnerable. Apparently the people in Uttar Pradesh are retaliating in a very novel way; they check all the trains coming from Maharastra and when they find Maharashtrian passengers in the trains they garland them, hug them and offer them sweets. Pingback: Pages tagged "obscure". Pingback: More on Thackeray at Blogbharti. The present scene in Mumbai is primarily due to pressures of migration. As migration in natural, so is countereffect of migration. The problem here is mumbai has lots of slums n due which its lot difficult to develop the infrastucture n due to migration the pressure is increasing daily in order to accomodate the large migrants irrespective of their caste n religion.

I do respect every citizen who is staying in mumbai what may be their religion from many years but now the situation is that mumbai is more of other people due to which locals r not getting their rights n jobs.. I am sorry to say this but success depends on you… I have many Maharashtrian friends and all are unlike you…. Want to know why…. Because they worked hard to get where they are….. For youe personal incapacity blame outsiders……. Since you are aware to use internet, Just do a favor to yourself….. But i guess while North Indians were studying in classroom, getting knowledge you were busy accusing them of your failure.

Secondly A north Indian is not holding you back from scoring well in exam…. He is not stopping you to appear in exams, unlike what some Maharashtrians did that to them….. And open your eyes…. What Maharashtrian and Maharashtra you are talking about….. If you take out North Indians, Gujratis, Sindhis, so called bifurcations , what will be left of Mumbai are only slums…. All development is done by them…… what is your contribution towards amchi mumbai….

Even if Mumbai is left to you, what will you do….. Can you act like AB……. Please do not get fooled by some politician with a failing career….. Learn to see beyond the clouds, or you will always be on ground…. I am sure you must be raged to read the content, but my sympathies are with you…. As if you will not change your mindset, life around you will never change…..

You have to decide that whether you have to break the bus, or learn driving it……. You are right in quoting about Veer Marathas and political and social figures. People come to Maharashtra for various reasons. Lalu can be criticized for many things, but then he is the only one who brought Railways out of debt… And for that he has been invited Top Universities all over the world. Raj is your hero, so was Bala sahab for many, 40 years back, when he did the same movement against South Indians. That was his stepping stone into politics, and now Raj is only trying to repeat the formula….

Indian is a nation…. The state division is mainly to delegate govt at different levels for better execution. Its not for division, which its now used for. Tomorrow they will ask division on the basis of Andheri, Bandra, colaba etc…… That people from Mira road should not be allowed to work at Fort….. As they will always find issues to generate a support for them…. You raised question on what I have done for Mumbai. Secondly I pay an income tax of 15 lakh per year, which I doubt will be higher than your Income and that money goes to Maharashtra Govt …. Anyone who is better than me at my job, will out place me some day, if I do not struggle to better myself continuously….

Ever wondered why? Why has Raj in his mission, targeted only Poor North Indians non-sedentary worker class ….. Ask him if you ever get a chance of even coming close to him….. Ask him to throw out all the top businessmen and People who are financial backbone of Mumbai……. We speak in the language we know….

And at my home we all speak in english, as I am brought up at Delhi…. I am not anti-Maharashtrian as you have quoted, I am anti anyone who spreads bias, and separate people on basis of birth place, caste, national …. As its something no one has control over…… So if you also believe in the same; you should never object; if at an interview, in your place an unsuitable candidate is hired at your place, why, just because by Birth he happens to be son of some big shot called Raj…… I will ask you then how do you feel….. Mumbai is financial capital of India, as Delhi is a political capital.

Primary reason for Mumbai being that, is its Port, and was a major business center even at the time of Britishers. And people have been and will always migrate to a place where job avenues are better… Compete, prove you are better and get that Job… A jobless North Indian will not live in Mumbai, as its highly costly, he will himself go back…. If you feel still what Raj is doing is right… Then these Marathi people all over the world should also be thrown out….. If you have to make a present politician your hero, than you should make Madhavrao Godbole your hero — Union Home Secretary who resigned during Babri demolition citing incompetence of Government.

His integrity and intellectual honesty is legendary. And you said I might not be aware of them…… Dear we were never taught to live with prejudice…..

I am well aware of them and many more, that you might not have even heard of…. Try becoming like them than someone else, depending on your field of work………. The list that i have made for you, of People born in Maharashtra and have left their name on Hallmark — And I hope some day I see your name in this list for doing right….. But they knew their job and did it the way no one could. Marathas, prior to Attock ahead of Peshawar. Swami Samarth of Akkalkot?? Ramchandra Parnekar — A thinker-philosopher and a great master.

Baba Amte — Activist who worked for people suffering from leprosy. All Saints of Maharashtra Vishwanath Tatyasaheb Kore — He is considered the father of the farmers co-operative culture. He established the affluent Warna empire, transforming Warnan-nagar into a self contained industrial and educational hub through the co-operative movement Gopal Krishna Gokhale — He established the Servants of India Society and represented Indian interests in the Imperial Legislative Council. He built inns, schools, animal shelters and medical centres.

Dattaprasad Dabholkar — Propagated scientific,progressive and realistic education among school children Shyam Manav — Keeps alive the torch of Rationalist thinking in society started by Phule and Ambedkar removing superstitious thoughts from the mind of ordinary people of rural as well as urban Maharashtra. Pandurang Vaman Kane — Sanskrit scholar. He served as the Vice-Chancellor of Bombay University. Beloved Professor of Economics and Political Science.